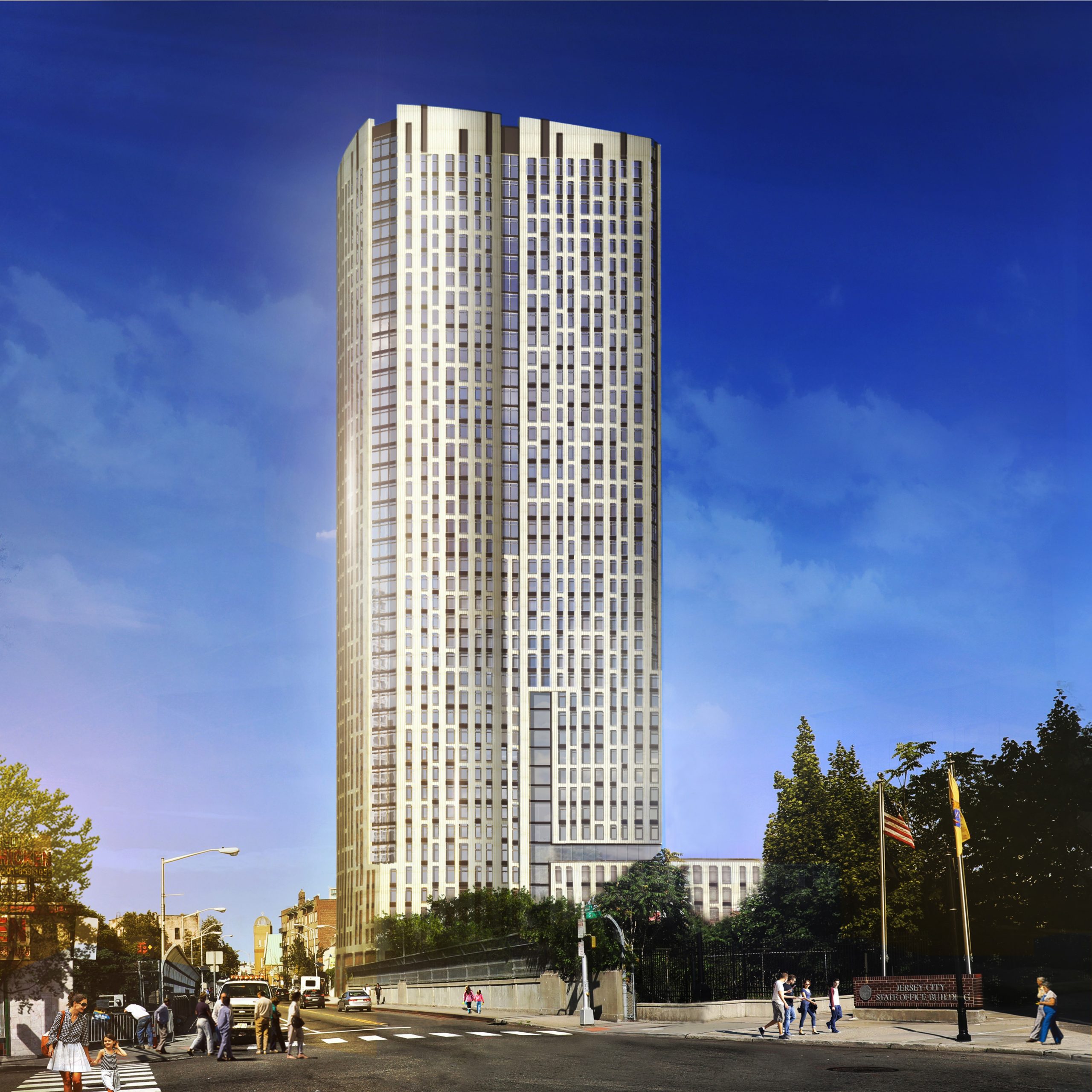 A new high-rise and a public park could soon be coming to Jersey City.

New York-based HAP Investments unveiled new plans for a 42-story apartment building at 500 Summit Avenue in Journal Square. Its 902 rental units will range from studios to three bedrooms, with prices expected to start at $2,300 and topping out at around $5,000 per month.

The new plans also call for a nearly one-acre public park, which could include a playground and open-air terrace, as well as an 8,500-square-foot community center. HAP will also provide parking spaces. Eran Polack, the firm’s co-founder, said that the project is geared at younger Manhattanites who want a shorter commute and cheaper rent. He said he expects a number of residents to work in the Far West Side of Manhattan, including at Hudson Yards, where tech companies like Facebook have leased space.

Polack said he is looking for an equity partner in the project, and is in the process of talking to sources for construction financing. The company has already raised about $7 million for the project through Israeli investors in a private placement, or a non-public investment solicitation. Construction is expected to begin next year.

The project has been in the works for about five years: HAP bought the site for $26.5 million in 2016, but in 2018, the development group sued the city for allegedly stalling its development plans. The lawsuit was settled in 2020, leading to the new plans.

Nearby, Kushner Companies plans to build two massive 64-story towers in Journal Square. The firm, founded by Charles Kushner, recently settled litigation with the city over similar allegations that the city was blocking development from moving forward. The lawsuit was settled last year, allowing the firm to move ahead with the project.