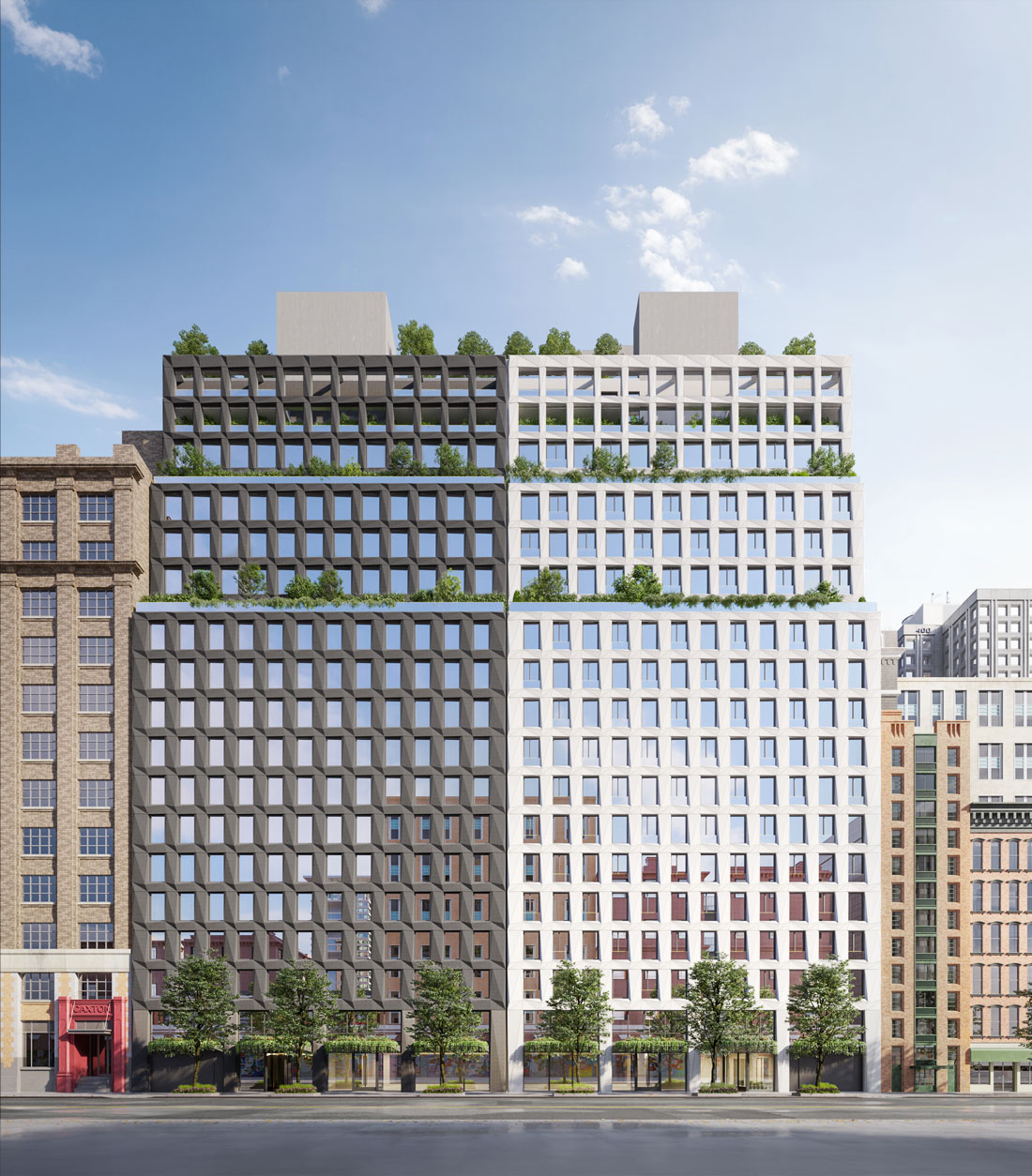 Designed by the astute firm of DXA Studio (think One Hundred Barclay interiors and 14 White Street in Tribeca), the brawny, nearly identically-massed buildings will sport vigorous, gridded façades whose extruded sections become narrower as they rise. You can expect these mirroring skins to capture varying qualities of light and shadow. The theme is consistent with other big-ticket developments such as Essex Crossing’s 242 Broome and JDS Development’s 111 West 57th Street, both designed by SHoP Architects.
Revised building permits show a slight change of plans from what we previously covered. The buildings will have 112 rentals and 87 condos, a total of 52 parking spaces, and ground-floor retail. The floor schedule shows there will be between two and eight apartments per floor. New renderings, given to us by the developers, show many homes will have inset Juliet balconies — this is in addition to terraced units located along the buildings’ setbacks. Common amenities are to include a fitness center, spa, tenant and bike storage, and a rooftop deck. Renderings showing the treatment of the ground floor The project’s scale and scope have been enabled by a 2011 rezoning of the Fur District which opened the door for mixed-use residential buildings up to 210 feet tall. Since enacted, ground-up projects such as Chelsea29, a Passive House at 211 West 29th Street, and a through-block pair of buildings at 241 West 28th Street are breathing new life into the underutilized area.

The rezoned blocks, between West 28th and 30th Streets, are primely situated south of Penn Station/Madison Square Garden, two avenues west of the High Line, and close to Whole Foods and FIT. An alphabet soup of subway/commuter lines can be had within walking distance. According to Viele map of 1865 which shows Manhattan’s original topography and shoreline, a stream once ran through the site of HAP Eight (shown red). This likely explains the arduous excavation work taking place. The arduous foundation phase back in mid-April 2018 (CityRealty)