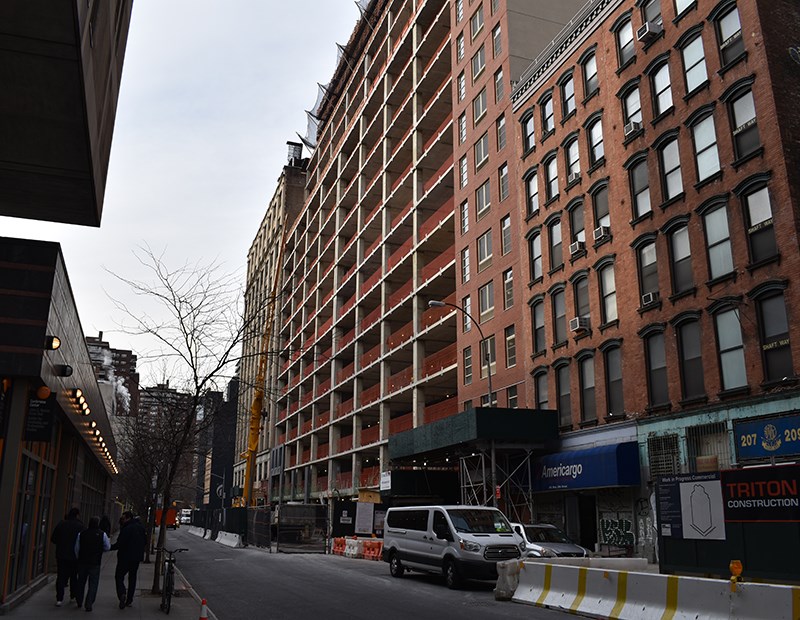 HAP Investments has topped out on a 20-story residential property that will add roughly 200 condo and apartment units to Manhattan’s high-end Chelsea neighborhood. The development, Maverick Chelsea, is located at 215 & 225 W. 28th St., between Seventh and Eighth Avenues.

The construction milestone was first spotted by New York YIMBY. Designed by DXA Studio, the new property will measure nearly 300,000 square feet across two adjacent buildings upon completion. Maverick Chelsea will feature 112 rental units and 87 condos, with amenities including a fitness center and spa and a rooftop deck.

The two buildings, sporting identical designs except for their color, will also provide a total of 20,000 square feet of ground-floor retail space. The property is located across the street from the Fashion Institute of Technology, a few blocks south of Penn Station and within walking distance of a plethora of subway lines, including the 1 Line serving the 28th Street station just outside.

The New York City Council paved the way for the project in 2011 by approving a plan to transform the former Fur District, stretching from W. 28th St. to W. 30th between Seventh and Eighth Avenues, into a thriving mixed-use neighborhood. Previously dominated by industrial properties related to the fur trade, the underutilized section of the Garment District is now being taken over by new hotels, restaurants, apartments and condos.

HAP Investments, which was among the first developers in New York’s East Harlem and Jersey City, N.J.’s Journal Square, is led by Co-Founder & CEO Eran Polack.