Eran Polack has access to Israeli, Italian, and French wallets and plans to build 500 to 800 ground-up multifamily units a year.

We snapped HAP Investments CEO Eran Polack (his partners areAmir Hasid and Nir Amsel) at his firm’s office across from the Empire State Building, though it’s growing and thus moving up to 54th Street in a few months. Eran prefers ground-up development for thecontrol it allows and to satisfy consumer demand for new product. In Israel, he says, most buildings date back to the 1960s, but in New York, they go back to the 1860s. 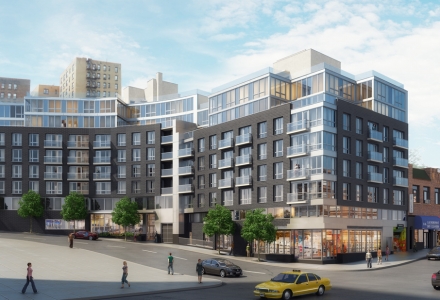 HAP’s biggest project so far is in Chelsea (spoiler: the rendering above is not it). In September, it acquired 215-219 W 28th St between Seventh and Eighth, near Google and FIT where it’ll break ground in a year on a 150k SF building with 150 condos. The property, which will deliver in 2018, will have below-grade parking and benefit from the neighboring building’s air rights. Northern Manhattan, though, is HAP’s bread and butter. Eran believes land prices will allow his company to do healthy business there for at least another 15 years. HAP’s got seven projects going up there, including 98 condos at 4452 Broadway at 190th St (above). 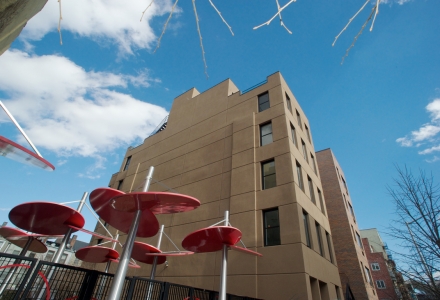 Tenants will start moving into HAP’s first NY project (above) in May.419 E 117th St, east of First, is a rehab into eight apartments, including a 1.5-floor addition. Occupancy is slated for May. After that, the plan is to grow the NY metro business (a 45-minute radius from Manhattan) for two or three years and then investigate the rest of the country. HAP’s style is to enter areas during sea-changing down markets (like Budapest and Kiev as communism was falling and their economies were rising and Tel Aviv in 2002 after the Second Intifada), indicating the company’s faith that those markets will bounce back. HAP entered NY in 2010 after the financial industry’s crash, when many thought “the empire was going down.” 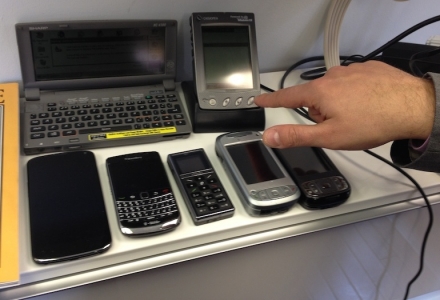 Eran also is exploring NY on a personal level. He refers to the city as a“candy store” of opportunities and considered classes at NYU or Columbia. But the father of four, who’s cooked since he was 10, settled on the International Culinary Center. His class meets twice a week for five hours each, the most recent session spent fileting fish. Eran also is a collector of vintage technology, which we snapped above, and most of it still works. (They must’ve had big pockets back in the day.)