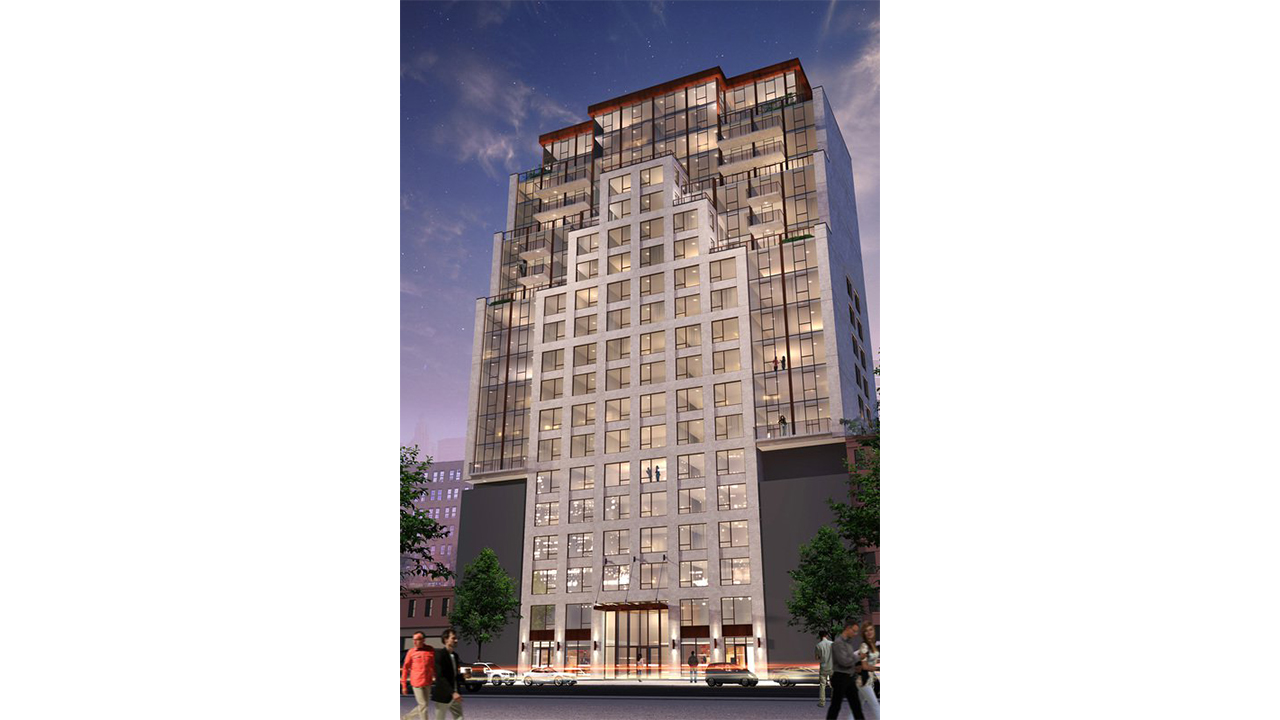 Further proving the cantilever craze is in full swing, new renderings have been released for 215 West 28th Street, which will feature two cantilevers.

The project is being developed by HAP – PDF on the project at the link – and permits list the architect as Michael Even. The building will stand 21 floors and have a total of 117 units, in addition to ground floor retail.

215 West 28th Street’s facade will be a mix of glass and masonry, and it will be a definite enhancement to the neighborhood. Hotels predominate new development in the vicinity, and their overall quality is far inferior to the rendered design of HAP’s building. At 21 floors, the structure falls under the ‘mid-rise’ category, and will not impact the skyline. Beyond the cladding, the cantilevers actually won’t be awkward, as it seems that they will fit snugly with adjacent buildings – though 215 West 28th’s eastern neighbor is a floor shorter than its western sibling. Still, the ‘even-ness’ of the overhangs will make them relatively difficult to notice.

The approval process for the development is still underway, as the initial round of permits was denied in early 2013; new ones are apparently pending, so construction should soon follow.