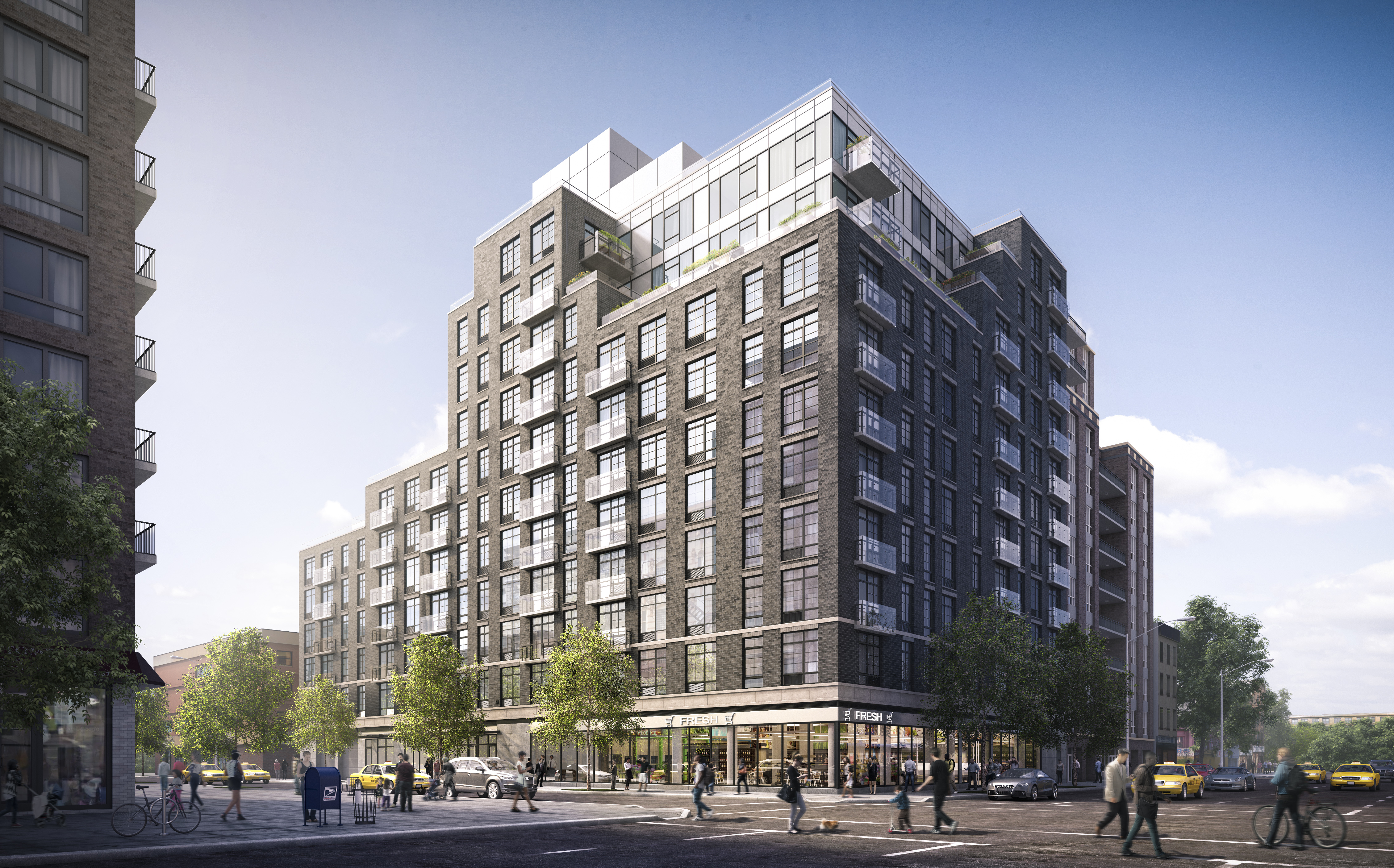 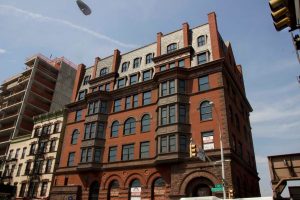 Excepting a brief post-2008 pause, Manhattan’s housing market has thus far in the new millennium marched so steadily toward unforeseen heights that it can feel like something of a shock to encounter a neighborhood not moving along in lockstep.

The natural impulse upon stumbling across one of these real estate Brigadoons is to question: What’s the deal? Typically, this is then followed by a fleeting moment of glee as you briefly contemplate your future home, which then gives way to a sweaty-palmed panic as you realize that, even as you sit there thinking about it, you’re probably already being priced out.

East Harlem, for instance. Why has this area, which abuts one of the city’s most upscale neighborhoods (the Upper East Side), one of its more popular emerging neighborhoods (Central Harlem) and one of its most beloved public spaces (Central Park) remained so relatively inexpensive? And how long will the bargains last?

Currently, a person can score a new-construction condo in the neighborhood for under $1,000 a square foot, a screaming deal given that in the first quarter of 2016 the average sale price of a Manhattan condo was more than double that at $2,061 per square foot, according to numbers from appraiser Miller Samuel.

‘I think that in the next three to four years, East Harlem is going to be a neighborhood that a lot of people will wish they had invested in.’ —Citi Habitats’ Juan Rosado

At the same time, earlier this year, no less an authority than The New York Timesdeclared East Harlem one of four city neighborhoods likely to take off in the near future, just the sort of publicity to elicit disquiet in the hearts of residents and would-be residents banking on the spot’s continued affordability.

“I would say that 90 percent of recent grads want to live downtown, but then they get a reality check,” she said. “And it used to be, ‘O.K., let’s put them on the Upper East Side or Murray Hill,’ but now they are seeing [they can get] much, much larger spaces in East Harlem.”

She cited a floor-through apartment she recently rented to clients who’d originally targeted the East Village. “That unit they ended up renting would be about $5,000 in the East Village, and in East Harlem it was $3,000.”

East Harlem has long offered low prices, though. So why has it been slow to develop even as once-neglected neighborhoods like Bushwick and Crown Heights have become focal points for the city’s younger demographic?

In part, suggested Zach Ehrlich, CEO of real estate firm Mdrn., this is due to the fact that the neighborhood, despite its apparent proximity to other more established spots, has remained rather isolated.

“If you look at the urban fabric of, say, Crown Heights, it’s much more integrated into surrounding neighborhoods,” he said, whereas East Harlem contends with what is at once the imaginary but also very real border of 96th Street.

“I think there is also more of a disconnect historically with the Upper East Side,” said Mirador Real Estate agent Jeffrey Hannon. He recalled a client whose budget wasn’t sufficient for the size of apartment she wanted on the Upper East Side but who refused nonetheless to consider looking above 96th Street.

“I think it just shows sort of that historic [sentiment], you did not go across 96th street on the Upper East Side,” he said.

“I don’t think Upper East Siders relate to East Harlem in the same way Upper West Siders relate to West Harlem,” said Douglas Elliman salesperson Amala Redd, noting that sites like Columbia University and Riverside Park help create a connectivity along the West Side that the East Side lacks.

Not that agents and developers aren’t trying. Witness the recent creation of “Upper Carnegie Hill,” a term devised by area real estate players to cover the swath of East Harlem running along Central Park from 96th Street to 110th Street.

“I think that was kind of an interesting branding move that we made,” said Compass broker Parul Brahmbhatt, one of the earliest proponents of the new name. It would seem to be working. Last year Ms. Brahmbhatt set a record for East Harlem studios when she sold a unit at One Museum Mile for $1.2 million, or $1,432 per square foot. She set the overall record for the neighborhood two years earlier with a three-bedroom in the same building that went for $2,134 per square foot.

“The buildings in [West Harlem] were these old grand prewar buildings that were very similar to stuff in the 80s and 90s,” she said. “So it was easier to talk people into, well, look, the businesses aren’t there yet but the buildings are the same. It was easier for people to visualize.”

“East Harlem, on the other hand, is less uniform [with the UES], and because of that the aesthetic value wasn’t there for people,” she added. “You kind of have to go and search for those pretty blocks.”

“Some of the [townhomes] are a lot smaller, and they don’t all have the beautiful finishes and woodwork,” Mr. Hannon agreed.

Selling clients on the area “is a challenge,” Ms. Redd said. Nonetheless, she noted, “New York is a very expensive city, and people are always interested in a value proposition.”

She suggested that housing will do best along the neighborhood’s major retail arteries like 125th Street and Second and Park avenues.

‘East Harlem, on the other hand, is less uniform [with the UES], and because of that the aesthetic value wasn’t there for people. You kind of have to go and search for those pretty blocks.’—Bond New York agent Leslie Vooris

Mr. Ehrlich said he believed the drive to develop the 125th Street corridor would prove significant for the larger neighborhood. “Projects like [Artimus Construction’s] Corn Exchange [retail and office space] are a huge shift in terms of thinking about that corridor as a potential office market,” he said. And, of course, that great harbinger of good real estate fortune, Whole Foods, is soon to open its doors nearby at 100 West 125th Street.

The de Blasio administration is also eyeing East Harlem for a rezoning that could upzone areas including stretches of First, Second and Third Avenues as well as 116th Street.

Citi Habitats agent Juan Rosado cited the stretch running from 116th to 120th streets between Second and Third Avenues as a particularly busy area for residential development. “That pocket is going to take off,” he said, citing as an example developer HAP Investments, which has six East Harlem development sites, including one at 247 East 117th Street between Second and Third Avenues. Mr. Rosado represents Mehta Real Estate’s 20-unit condo building at 77 East 110th Street where, he said, apartments have been selling for between $850 and $1,150 per square foot.

“I think that in the next three to four years, East Harlem is going to be a neighborhood that a lot of people will wish they had invested in,” he said.

In a way, East Harlem’s history of sluggish development now represents an advantage Mr. Ehrlich said. “One of the things it presents to developers is a blank canvas,” he said. “You have a lot of vacant land that is totally underutilized and a lot of buildings that are empty. And they are very easy and quick renovations and repositions as opposed to [more developed neighborhoods].”

“I do think you’ll see a lot of development there,” said Mr. Hannon. “It’s just a harder sell.”