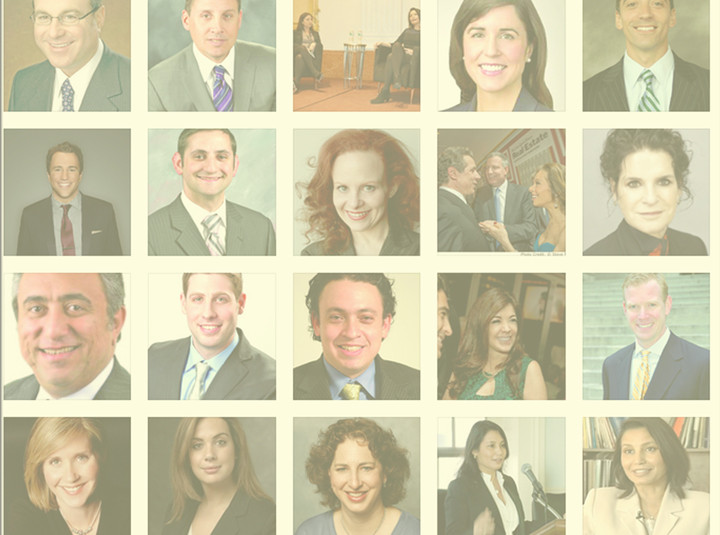 PCG partners Adam Hakim and Sam Zabala, who specialize in structured financing deals and have overseen a combined $8 billion in transactions, will both hold the title of managing director with Eastern Consolidated.

Before founding PCG in 2009, Sam Zabala spent 15 years as a commercial real estate finance professional on both the equity and debt sides.

While at CapitalSource, PB Capital, and Tishman Speyer Properties, he developed extensive expertise in structuring and closing senior debt, mezzanine debt, and equity involving all types of commercial and residential real estate in markets throughout the United States.

Zabala holds an MBA from New York University’s Stern School of Business, with a concentration in Finance, and a bachelor’s degree from Tufts University, with double majors in Economics and International Relations.

Prior to joining PCG, Adam Hakim spent 17 years at GCP Capital Group, where he honed his unparalleled deal making skills, which includes raising capital for hospitality, multifamily construction, and transitional assets across all levels of the capital stack.
Hakim holds a bachelor’s degree in finance from the University of Michigan.

David Cohen, Peter Rotchford and Amanda Saltzman, each of whom joined Avison Young approximately two-and-a-half years ago, have attained the post of director.

The Syracuse graduate is involved in lease acquisitions and dispositions, lease renewals, and implementation of occupancy cost reduction.

In a banner 2014, Cohen was involved in 30 transactions, totaling more than 175,000 rentable sf.
He represented Samsung in acquiring its first NYC office, and completed deals for notable tech companies, including Centro, New Voice Media and Thoughtbot.

Rotchford sources financing for properties around the country, and his recent deals include securing preferred equity for a memory care facility on Manhattan’s Upper East Side and separate refinancings for office properties in New York City, Michigan, Tennessee, and Texas.

In total, he has been involved in more than $200 million of transactions since joining the firm.

Also a member of the firm’s Debt, Joint Venture and Structured Capital Group, Amanda Saltzman’s responsibilities include debt and equity placement and execution as well as client advisory services on entity and asset recapitalizations, financing optionality, and deploying capital into real estate opportunities.

She has been involved in more than $200 million of transactions across the United States.
Some of her recent deals involved securing a construction loan for the development of a resort in Destin, Florida; a credit facility secured by ground leases in Virginia; and the refinancing of a SRO portfolio in Manhattan.
•••
Laurence Carroll has joined the New York Tri-State office of Cushman & Wakefield as a Senior Associate.
Carroll is based in Cushman & Wakefield’s world headquarters office in Midtown Manhattan.

Prior to joining Cushman & Wakefield, Laurence Carroll was a broker with Vortex Group, LLC, where he acted as a tenant representative.

He previously worked as a commercial construction project manager after relocating to the United States from Ireland in 2007.
Carroll holds an engineering degree from the Dublin Institute of Technology, as well as a degree in construction, engineering and management from the University of Ulster-Belfast.
•••
Himmel + Meringoff announced the promotion of Jason Vacker to Executive Vice President in charge of leasing its entire 20-building, 2 million-square-foot commercial office portfolio.

Vacker, who has been with the company since December 2008, was formerly Vice President.

Vacker is responsible for overseeing the development, direction and implementation of the company’s commercial leasing program. In addition, he is involved in the due-diligence, underwriting and financial modeling process for new acquisitions.

Prior to joining Meringoff Properties, Vacker was a commercial leasing broker with New York City-based Newmark & Company.
A member of REBNY and the current membership Chairman of YM/WREA, Vacker is also actively involved as a PENCIL partner. An avid runner, he completed his first New York City marathon in 2011.

He is a graduate of the Grainger School of Business at the University of Wisconsin-Madison where he earned a BBA in finance, investment and banking.
•••
The New York office of Cresa announced that Jonathan Buksbaum and W. Clayton Trauernicht have joined the firm as vice presidents of sales.

At Cresa New York, he will concentrate on Tech companies, working off Cresa’s reputation of representing some of the finest tech companies in the U.S. Jonathan is a graduate of the University of Wisconsin – Madison and currently resides in New York City.
W. Clayton Trauernicht joined Cresa New York from Winged Foot Media, where he served as president since 2009.

Clay is adept at securing sponsorships and advertising sales, as well as strategic partnerships for sports programming and branded entertainment.

Clay will bring his experience in finance, advertising and marketing to Cresa New York, where he will concentrate in the publishing, advertising and media area where he has a vast amount of connections and an impeccable reputation.

A 30-year foodservice veteran and past chairman of the board of the New York State Restaurant Association, Wallace knows the Harlem restaurant and commercial real estate market well.

Prior to joining Houlihan & O’Malley, he was the CEO and President of Hospitality Concepts Restaurant Consulting, where he worked with top architectural and interior design firms on more than 20 restaurant construction projects.

A United States Navy veteran and alumni of the Culinary Institute of America, Wallace started his foodservice career as a sous chef apprentice in La Rochelle, France, and then moved on to cooking at high profile New York City restaurants.

He served as General Manager of Sylvia’s Restaurant in Harlem, and Executive Chef of Park One-Eleven Bistro in Ridgewood, NJ.

He holds an honorary doctorate from the North American Association of Food Equipment Manufacturers.
•••
Daniel Johnsen has been promoted to director at Cushman & Wakefield in East Rutherford, NJ.
Johnsen joined the company in 2007 as a member of a select team of professionals specializing in tenant representation, national account management and agency management.

Consistently ranked as a top-producing broker amongst his peers, Johnsen has represented or is currently representing the interests of a number of major corporations in more than five million square feet of acquisition, disposition and leasing assignments, which includes multiple headquarters projects.

He has served as New Jersey point person for Cushman & Wakefield’s Future Leaders initiative, an international career development forum, and continues to mentor up-and-coming brokers within the New Jersey team.

Johnsen is a licensed real estate salesperson in New Jersey and is currently pursuing LEED AP accreditation. He is also a longtime advocate for the New Jersey Special Olympics.
He is a graduate of Monmouth University, where he earned a bachelor’s degree in criminal justice with a minor in sociology.
•••

She has received numerous awards including Best Regional Manager at the vendor-sponsored 2014 MVP Awards, and the 2009 CP Candidate of the Year award.

She has both influenced and served the multi-family industry as a member of the Pennsylvania Apartment Association’s (PAA) Faculty Review Committee and Education Committee for which she was also the co-chair, and she has instructed several PAA-East designation courses.

“Cherie Buschel is a great fit with our staff and will be an instrumental player in The Solomon Organization’s success as we continue our strategy to secure multi-family communities in areas that are just outside major metropolitan areas and nearby sub-markets,” said Marshall Rosen, managing director for The Solomon Organization, LLC.

“Her reputation as a great leader and instructor made her the perfect choice to manage our Pennsylvania portfolio.”

Buschel has a Bachelor of Science degree from Pennsylvania State University and is a licensed real estate sales person in PA.
•••
HAP Investments announced that Doni Blumenthal has been appointed a financial analyst at the company.

Blumenthal brings several years of experience to his position with HAP Investments.
He was previously at Meridian Capital Group, where he assisted in underwriting over $950 million in commercial real estate loans while managing all aspects of debt placement from loan origination through closing.

Doni holds a MBA from The Silberman College of Business at Fairleigh Dickinson University. He is also a licensed real estate salesperson in New York State.
•••

The National Association of Professional Women (NAPW) has recognized Eva Hatzaki, marketing director of Skyline Restoration, Inc., as a VIP Woman of the Year.
Citing “her outstanding leadership and commitment within her profession,” the NAPW further noted that Hatzaki “plays a key role in the company’s success, overseeing strategic planning, branding and budgeting.

Under her guidance, a team of marketing professionals seamlessly works together with the sales staff and other departments to ensure goals are successfully met.”

The NAPW applauded Hatzaki’s dedication to realizing the company’s commitment to give back to the community demonstrated through six highly successful annual Skyline fundraisers to benefit SmileTrain which she organized, and various other efforts on behalf of local groups. Hatzaki is an active member of ICRI, NYCSRA, NYARM, PWC, and NAWIC.

The NAPW, a national organization with over 600,000 members and more than 200 chapters, noted that Skyline Restoration is “a premier building restoration and construction company and a leader in the industry since its inception in 1989.”