Should Locals Have a Say in Their Neighborhood’s Architecture? | HAP

Should Locals Have a Say in Their Neighborhood’s Architecture?

Residents of Pleasant Avenue in Manhattan’s East Harlem were more than displeased upon seeing renderings for a new Karim Rashid-designed building in their neighborhood: A slender, modern dwelling adorned with bright blue and pink balconies, sandwiched between two existing historic structures, with a much deeper setback.

In the wake of much backlash and public scrutiny, developer HAP Investments is hoping a little democracy can smooth things over. A public survey is now available on the developer’s website until October 3rd, and HAP execs have vowed to change the final design to the alternative color scheme option that wins the most votes. 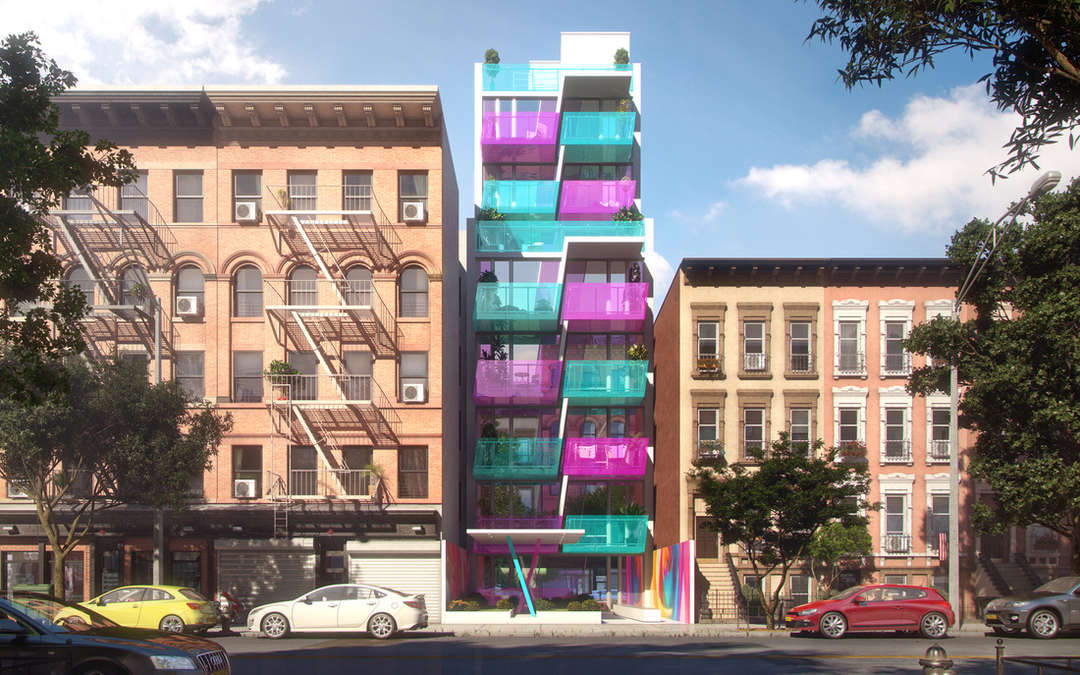 “I think it was the color that was giving people the impression that it is out of context. Maybe with a different color people will think it is part of the neighborhood,” HAP’s Eran Polack told The Wall Street Journal. But not all tensions have been calmed with the opening of the online poll. “We hate the color, we think it is ridiculous. But that is the most minor issue they could address. They have bigger issues,” said local Assemblymember Robert J. Rodriguez.

According to the developer’s website, the building, HAP Five, will have eight floors and contain 20 apartment units, as well as street-level commercial space — vastly different than its brownstone and walk-up neighbors immediately to its left and right. 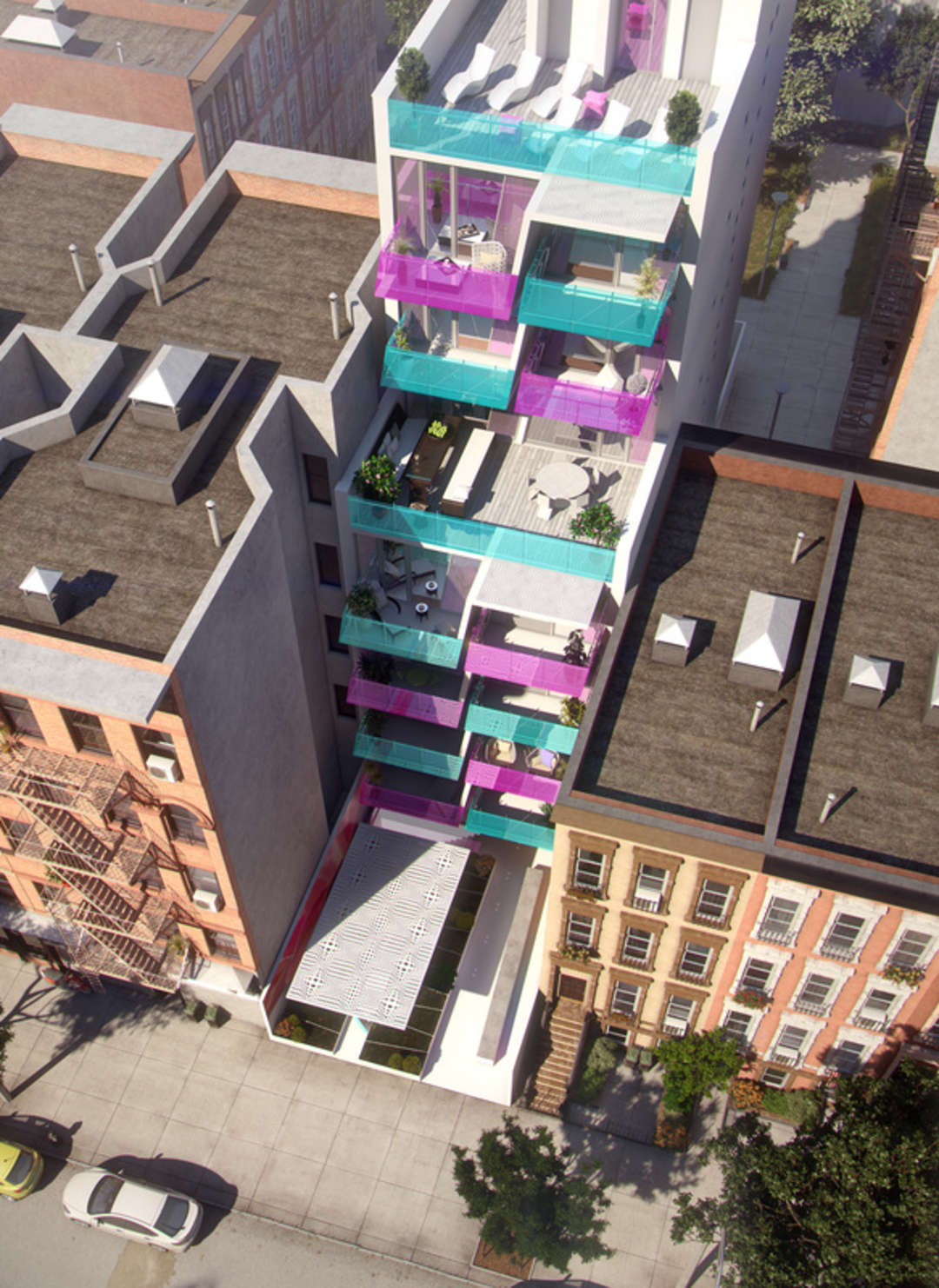 Until the answer is apparent, at least this project is more than likely to appear on next year’sroundup of Pride-worthy architecture.