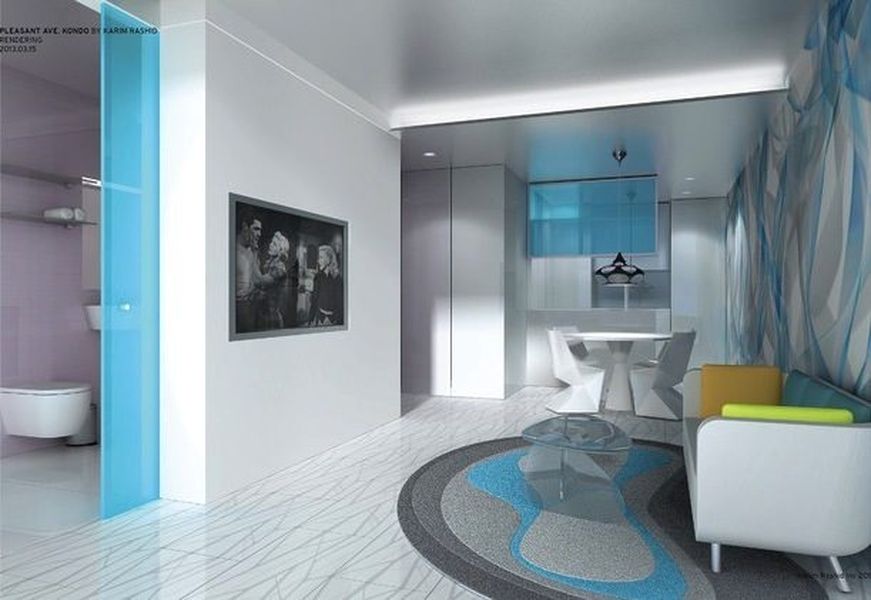 Considering what the outsides of Karim Rashid’s HAP 5 and HAP 6 in East Harlem are going to look like, it would be difficult for the interiors to be in any way shocking. And, in that sense, they aren’t, but they’re still pretty out there. An Architectural Record profile of Rashid reveals thatHAP 5, the “cyan and watermelon”-colored building coming to 329 Pleasant Avenue, will feature space-saving concrete slabs in lieu of dropped ceilings, with a sort of faux-recessed lighting. The floors will be made of biodegradable wood adorned with patterns designed by Rashid himself. He also chose the acid flashback-inducing wall coverings, if you really couldn’t tell. Another Rashid project (he has four in the works), HAP 6, will feature a similar aesthetic inside, although the exterior is crazy in an entirely different way.