At the corner of Lexington Avenue and 125th Street in East Harlem, in front of a closed Pathmark grocery -– “Pat ark” is all that remains of the name — real estate broker John McGuinness paints a vision of the near future. The Pathmark transforms to a Trader Joe’s or a Fairway. Then come condos and affordable rentals, retail, offices. 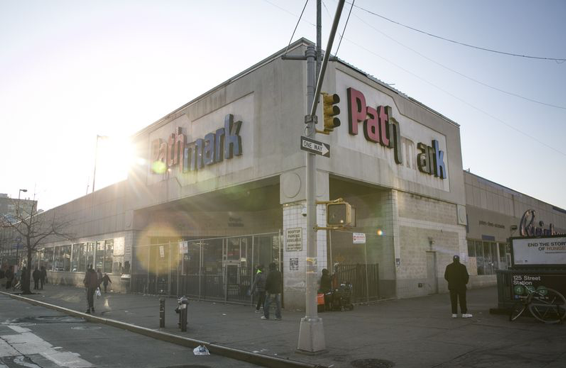 Harlem real estate has long performed like Manhattan’s emerging market, growing at a faster pace than the rest of the island, yet still lagging behind in investment, said Jonathan Miller, president of Miller Samuel Inc. The neighborhood represents 7.7 percent of Manhattan’s co-op and condo sales despite representing roughly a third of the borough’s landmass, Miller said. As lower Manhattan went through boom and bust cycles over the past decade, Harlem’s growth has been steadier.

“It’s more in line with the balance of the market,” Miller said, which means that it’s displaying characteristics “less in line with an emerging market.”

West Harlem has caught up faster, and now it’s East Harlem’s turn, given a nudge by a series of rezoning decisions and tax incentives. The Metro North train station at 125th Street and Lexington Avenue is getting an investment from the city, while much of the area has been rezoned to allow the highest densities in Manhattan and taller buildings. 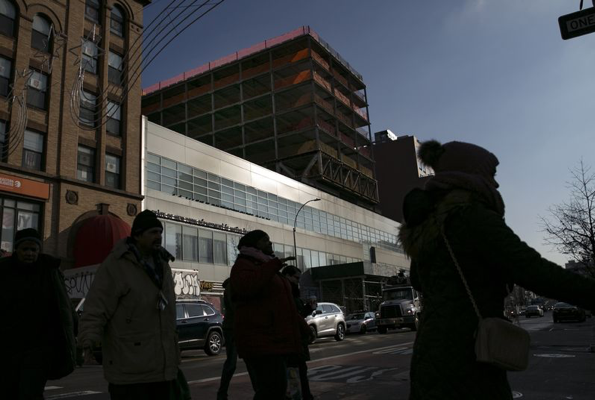 East Harlem is also home to several Opportunity Zones, a designation included in President Trump’s 2017 tax law that’s meant to spur investment in poor communities. Real estate investors are eligible for generous perks that include deferring some taxes and avoiding them altogether on future capital gains from projects in the zones, if they own them for more than a decade.

Though less than a year old, the zones are already attracting investors and boosting development in East Harlem and elsewhere in New York. While some of the zones are in areas that don’t seem especially depressed, such as sections of Queens that have drawn investments from Amazon.com Inc. and Goldman Sachs Group Inc., East Harlem, with its vacant storefronts, empty lots and derelict housing, may be just the kind of place to benefit from the added sweetener.

“Right now, if we can buy land for better prices in Harlem and build a brand new rental building, the potential is very big,” said Eran Polack, chief executive and co-founder of HAP Investments, which is planning opportunity fund investments in Harlem and elsewhere in Northern Manhattan. “Now that the opportunity for rentals are kicking in, I see a lot of opportunity zone funds that are looking for investment in that area.” 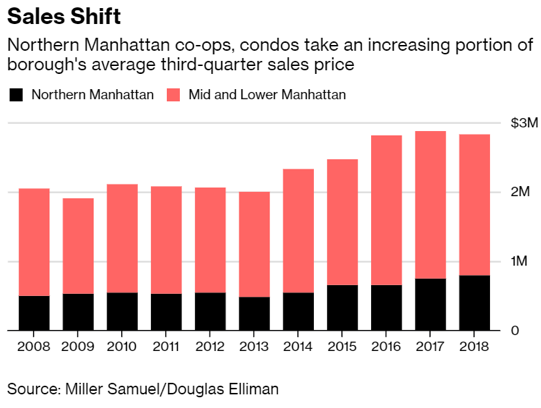 While investors are embracing the incentives and the new development coming to East Harlem, it is less clear what it will mean for long-term residents of the neighborhood. Many will likely be driven out by higher rents, said Marina Ortiz, founder of East Harlem Preservation, a neighborhood advocacy group. The opportunities in the zones are all aimed at property owners and businesses, she said.

“I really don’t know what to say other than these are not programs that are going to benefit low-income people,” Ortiz said. “I have seen these programs come and go before, and I have very little faith in them. The rental market’s going to shoot up. I don’t know what else is coming, but it’s not for us.”

Since beginning to invest in Harlem 20 years ago, Rodney Propp, who co-founded Tahl-Propp Equities, said he’s seen the spread between average prices in the neighborhood and the rest of Manhattan narrow considerably.

“Over time, we expect that spread will continue to narrow as Harlem continues to become the preferred choice of millennials and families looking for a hipper and more culturally diverse neighborhood to call home,” said Propp. 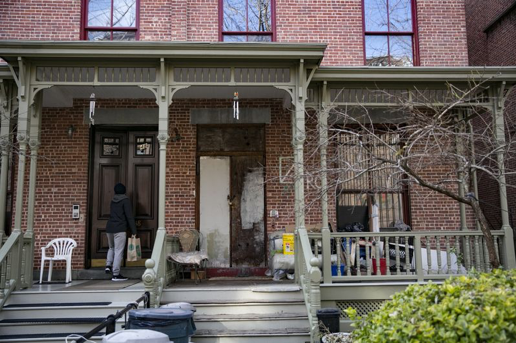 A person enters a home next to a boarded up residence. Photographer: Allison Joyce/Bloomberg

Areas that have already started to gentrify — or where a significant number of landlords have begun redevelopment and hiked prices, drawing groups of higher income earners — are the mostly likely to attract investment because returns are already apparent.

“Harlem is up and coming. Harlem is already alive,” said Joseph Douek, chief executive officer of Viceroy Equities, which is planning an opportunity fund in New York City. “There’s some exciting projects coming in Harlem, and I think that it’s going to keep getting stronger and strong and stronger.”

A block from the Robert F. Kennedy and Willis Avenue bridges connecting Harlem with Randall’s Island and the South Bronx, construction is underway on a complex spanning 125th Street to 127th Street. There, developers including Richman Property Services Inc and Monadnock Development LLC are building 1.7 million square-feet of retail, office and commercial units, and 30,000 square-feet for the East Harlem Media Entertainment and Cultural Center.

Separately, Lemor Development Group also has begun preservation projects in the area, including one along Lenox Avenue that got started too soon to be able to benefit from the tax breaks. The firm’s umbrella company, Lemor Realty Corp., has been working on uptown properties since the 1960s, eventually focusing on Harlem. 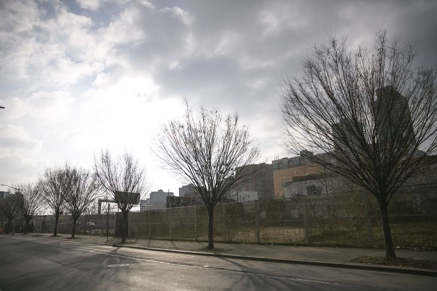 Douek also is looking at developing a mixed-used project in an opportunity zone in Brooklyn near Prospect Park and said he’d also consider building in Harlem. In both cases, Douek, who serves as New York City’s planning commissioner, is holding off on accepting outside investment until he gets further clarity from the U.S. Treasury.

As the policy guidelines stand, property owners have six months to invest realized capital gains into opportunity funds to qualify for the tax breaks. In New York City, the federal, state and city taxes total about 33 percent on capital gains. If an owner is expecting to make a million-dollar gain, for example, then that either could be invested in new construction opportunity zone projects with a hefty tax break, or the tax agency would charge roughly a third of those gains.

“So you decide,” Douek said. “People want to write as big a check as possible because they want to deploy the maximum capital gains and get the tax benefits. It reduces the return percentage, but the other benefits certainly outweigh that for them.”